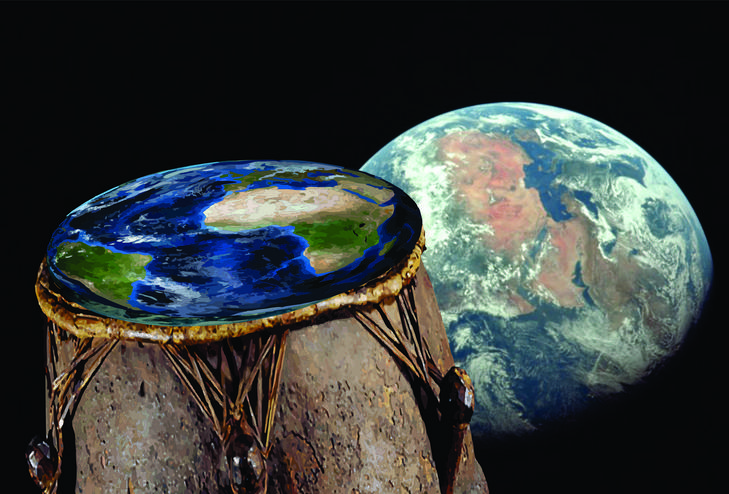 A World of Drumming

From 5 years of age it was clear I was meant to be a drummer. From listening to my Mom and Dad's records of the Tijuana Brass to watching the percussionists on the Lawrence Welk Show, it was evident I was drawn toward music but  was moved by the rhythms which drove it. I would soon be drumming on furniture, pots and pans, then my mother made me a drum out of an oatmeal box, a string and two wooden spoons, so I could march around the living room, or follow the marching band from the local high school. My mom would sometimes however remind me that 'the world is not a drum'. I set out to discover the truth...

It was at the age of 8, at Disneyland where my life changed forever. I recall hearing big band music off in the distance then running toward it to discover it was the legendary Buddy Rich. It was revolutionary for me. From that day forward I would see him as often as possible, secretly capture the shows with a portable reel-to-reel tape recorder and study every nuance. I later became acquainted with Mr. Rich and even had the opportunity to take one master class with him. He was truly my deepest influence and mentor.

Several years later, after a couple of years of studying with Hoffman Drum School I was given the chance to play in my first couple of professional (paid) bands while working towards purchasing my own set of drums (a challenge with 9 people in a small house). In Jr. High I resorted to finding others who were fortunate to have a kit and offered to teach them some things in order to get in some practice time for myself. Otherwise I would rent various kits from Apex Music, where I later worked.

Attending Mt. Miguel High School was mostly about one subject: Music. I played in every imaginable type of situation, from symphonic orchestras, the jazz band, pep band, marching band, in addition to backing up several choral groups, performing at various events as well as local and regional competitions (placing with high ranks or winning many). At 16, after working a few odd jobs, mowing lawns, a paper route I was fortunate enough to have a friend's mother co-sign for me, so I financed my first set of professional drums. Within months I was able to take real gigs, drive up to Los Angeles and begin my full-time career in music.

Halfway through my senior year it became clear it was time to move forward and out of San Diego toward the bigger world of the music industry, so I moved to L.A. As much as it was a hard move and in spite of being such a crazy place, it launched my career within a few months. At the ripe age of 18 I was suddenly touring, recording and performing with national talent and truly began living my dream. After a couple of semesters at UCLA (where I had received a scholarship) it was evident that venturing even further out my comfort zone would lead to the type of travel and experiences I hadn't even dreamed were possible.

Within the 40 years that followed I have toured, performed, recorded in over 100 countries and close to 3,000 cities. In all of these travels I discovered many important realities, including:

​The world is full of amazing people and equally diverse music.. and, it is indeed a drum!